The Art of the Law

Internationally renowned artist. Conflict alert! We represent one or more internationally renowned artists whom we commission to commemorate succcessful resolution to disputes. Your resolution and legal journey will be a part of you. A piece of art created for you and your outcome has a deeper, emotional meaning than a still of fruits. Long after you are gone, our Resolution Series pieces tell your story.  See ours below…

Commemorate via Art. Whether a marriage or death, a legal process has begun (notably both covered by the coterminous Domestic Relations Exception to Federal Jurisdiction about which we know). Sometimes, you simply want to honor a loved one. If there is an attachment to the law, we commemorate people and events via our Gallery Series. For these pieces, the artist must be left alone to choose his/her vision and execute.

Everybody is a comedian…when it comes to lawyer jokes. Lawyers, at their worst are despicable.What about other attorneys? Did a lawyer help save someone’s life? Did a lawyer prevent an injustice? Did a lawyer answer the phone at 2 am when you got locked up for being in the wrong place at the wrong time? Laugh it up. Then honor a “knight” who impacted you, your firm’s founding partner, or your mentor. Let Legal Art be one of your many “thank yous.”

Finally, the first Legal Knighthood Portrait has arrived. The inimitable S. Sheldon Weinhaus. His illustrious legal career helped many of his clients. He serves as a role model for those who love being an attorney for the love of the idea of advocacy, even after his passing on October 17, 2021. LegalSolved’s Managing Partner spoke about his father’s legal career and the lives he  saved at the memorial which can be viewed here. UCLA’s Entrepreneurial Strategy and the Law course uses his “No Matter How Little It Is, We Are Going To The Supreme Court If Necessary” tale in one of its Litigation Strategy tactic lessons in a case over $500 (the oral argument can be heard here).
S. Sheldon Weinhaus Obituary. 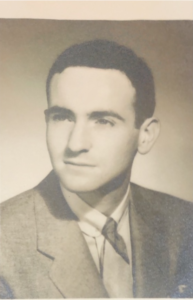 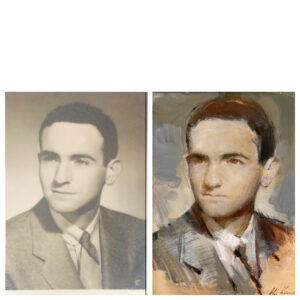 Conflict/NDR – Resolution Series I and II

In 2017, LegalSolved’s founding partner faced a dilemma. How to look past any emotion involved in a pointless family law feud and bring people who care most about the children together for the children’s best interests. Let’s just say, like Batman, he said, “I’ve….got a plan.”. The plan took him to federal court, landed him a sanctionless sanction –  after which he was targeted with merciless, defamatory criticism. Nonetheless, with the help of his (ex) mother-in-law, a one-time adversary in federal court, he became the primary residential parent of several of his children – BY AGREEMENT. And here is the best part – he never even had to ask. The Resolution Series honors the amazing people who see past conflict into the root of what matters. (FYI – Grandma is the best, she holds these in life estate.) 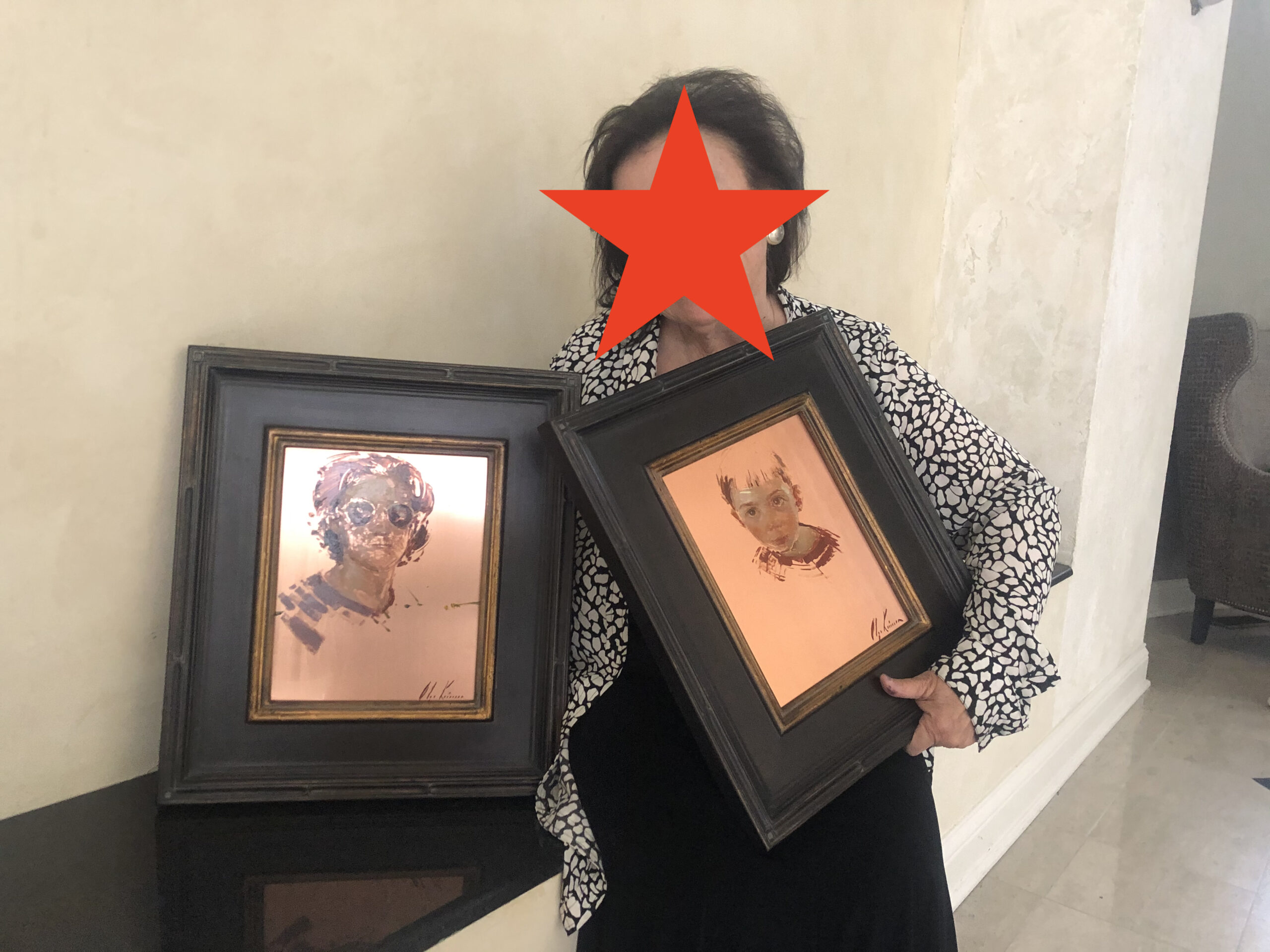 Can find my way home. 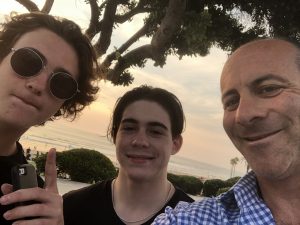 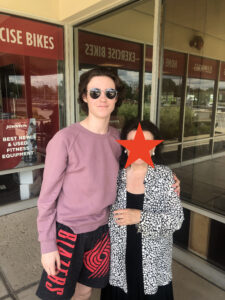 The basis of the original Commemoration Gallery Series painting was hand-picked by the artist. The artist selected a topic she wanted to convey, the way she wanted to convey it. Although the commemoration is of the blessed union of two fine souls, the artwork tells its own story. Mokhwa says: “That’s the coolest piece of anything I have ever received.”.  Joshua says, “It’s awesome.” 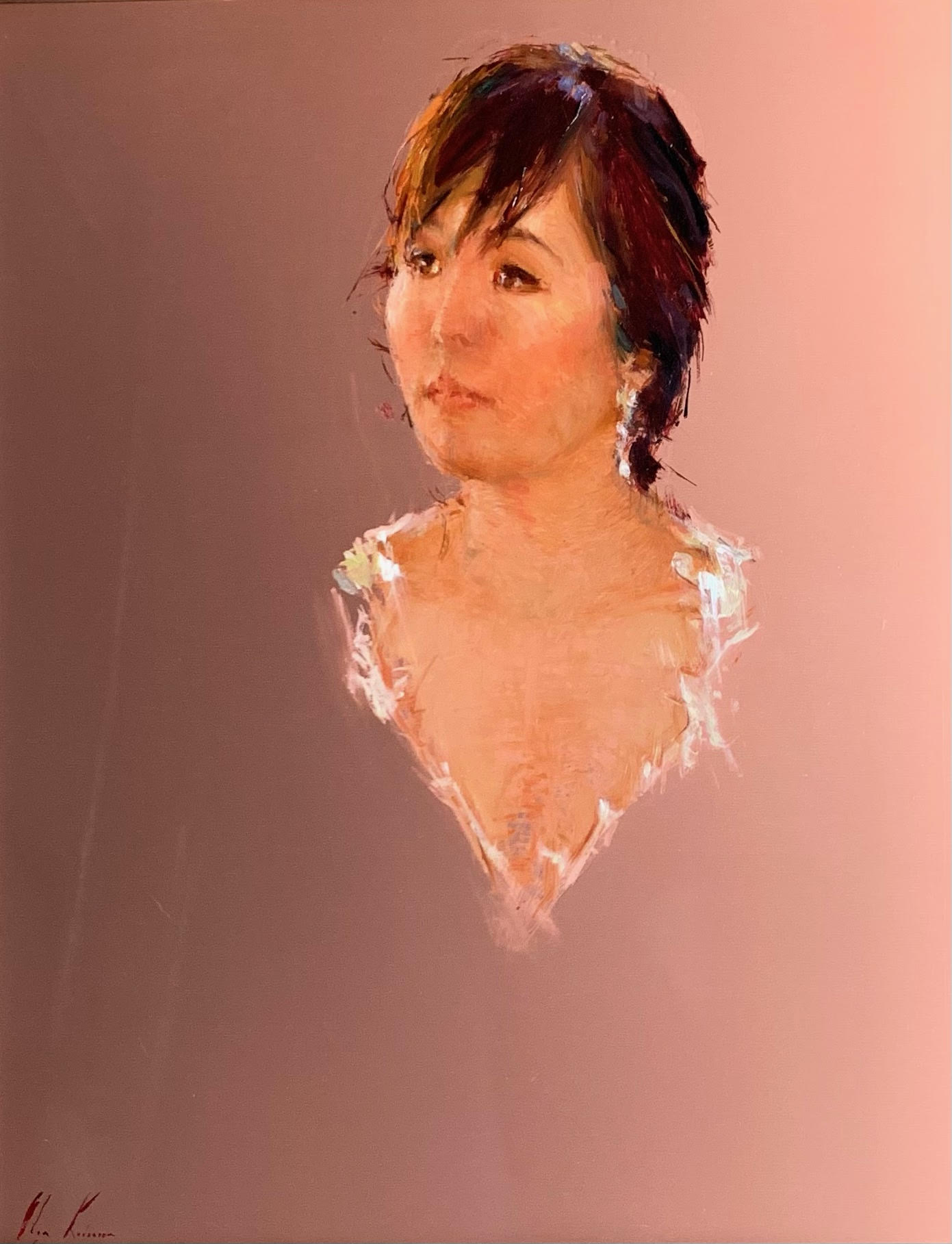 More than a slice of fairness for pizza delivery drivers.

An attorney service for Hollywood’s elite and waitstaff.

Justice, all the way up.

The Bar is bar to the bar. Lawyers need fewer bars.

Solving the Kobayashi Marus of the Legal World, one “impossible situation” at a time…

A Lawyer for when the Judge or Lawyer IS the problem.

We Know It When We See It.

Crypto Consulting For Institutions: From Monetary Sovereignty to Retail

Exponentially Augmenting The Output Of A Lawyer’s Time

First, Let's Cover All The Lawyers. 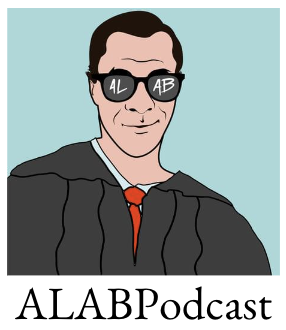 You gotta sue to get your due.

Saving Money and Helping Your Kids!

More than a slice of fairness for pizza delivery drivers.

An attorney service for Hollywood’s elite and waitstaff.

A Lawyer for when the Judge or Lawyer IS the problem.

Justice, all the way up.

The Bar is bar to the bar. Lawyers need fewer bars.

We Know It When We See It.

Crypto Consulting For Institutions: From Monetary Sovereignty to Retail

Exponentially Augmenting The Output Of A Lawyer’s Time

First, Let's Cover All The Lawyers.

You gotta sue to get your due.

Saving Money and Helping Your Kids!

All the News that's fit to Mine.

CoachForged: I Forged with Coach Weinhaus.

All the News that's fit to Mine.

All office hours are by appointment only

DISCLAIMER
IF YOU DO NOT ACCEPT THESE TERMS THEN DO NOT USE THE SITE.

The information and materials contained in this web site have been prepared for informational purposes only and do not constitute legal advice. The transmission of information on this web site is not intended to establish, and the receipt of such information does not establish or constitute, an attorney-client relationship. Statements contained in this web site regarding past results obtained on behalf of current and/or former clients is for informational purposes only and should not be construed as a guarantee of future results. Every case is different and must be judged on its own merits. This site contains information for both legal services that require a licensed attorney and services that are not legal advice. As such, all pages are delineated for providing legal services via attorney or does not include that information. There can be no attorney client relationship established for any service not explicitly labeled as legal advice and no legal advice will be given for any of those services. Attorney legal services are provided through a licensed attorney. No non-attorneys receive compensation for legal services. Non-attorney services such as "art" may be provided by non-attorney service providers. Reference to "partner" refers to any business associate and not a principal in a limited or general partnership unless specifically denoted otherwise. The information contained in this website is provided for informational purposes only, and should not be construed as legal advice on any matter. The transmission and receipt of information contained on this Website, in whole or in part, or communication with LegalSolved via the Internet or e-mail through this website does not constitute or create a lawyer-client relationship between us and any recipient. You should not send us any confidential information in response to this webpage. Such responses will not create a lawyer-client relationship, and whatever you disclose to us will not be privileged or confidential unless we have agreed to act as your legal counsel and you have executed a written engagement agreement. The material on this website may not reflect the most current legal developments. The content and interpretation of the law addressed herein are subject to revision. We disclaim all liability in respect to actions taken or not taken based on any or all the contents of this site to the fullest extent permitted by law. Do not act or refrain from acting upon this information without seeking professional legal counsel. Use of this site acknowledges the above.

All Offices Listed are for Appointment Only:

DISCLAIMER CONT.
IF YOU DO NOT ACCEPT THESE TERMS THEN DO NOT USE THE SITE.

Portions of the content on this site may be considered attorney advertising under the laws or rules of professional conduct of some states. The choice of a lawyer is an important decision and should not be based solely upon advertisements. “[t]his disclosure is required by rule of the Supreme Court of Missouri.” No representation is made that the legal services to be performed are greater than the quality of legal services performed by other lawyers. Anyone considering a lawyer should independently investigate the lawyer’s credentials and ability, and not rely upon advertisements or self-proclaimed expertise. No representation is made here about your specific rights in any specific matter. Every case is different and must be judged on its own merits. We do not offer or promise case results. Past success in litigation does not guarantee success in any new or future lawsuit. Prior results do not guarantee a future outcome. Contingent attorney fees are not set by law. Costs and fees are charged only upon monetary recovery. Not available in all states. Cases may be handled in association with, or may referred to, other law firms as co-counsel or referral counsel. The law differs in every jurisdiction, and you should not rely on any opinion except that of an attorney you have retained, who has a professional duty to advise you after being fully informed of all the pertinent facts, and who is licensed in the applicable state, and is familiar with the applicable law. Internet subscribers, mobile application users, and online readers should seek professional counsel about their legal rights and remedies. This site contains links to third-party web sites for the convenience of our users. LegalSolved does not endorse any of these third-party sites and does not imply any association between LegalSolved and those sites. LegalSolved does not control these third party web sites and cannot represent that their policies and practices will be consistent with these Terms of Use. If you use links to access and use such web sites, you do so at your own risk. LegalSolved is not responsible for the contents or availability of any linked sites. These links are provided only as a convenience to the recipient. These Terms only apply to the Site and do not apply to any linked sites. We encourage you to read and understand the terms of use of any linked sites that you visit. Links do not imply that we sponsor, endorse, are affiliated with or associated with, or are legally authorized to use any trademark, trade name, service mark, design, logo, symbol, or other copyrighted materials displayed on or accessible through any linked site. LegalSolved lawyers do not hold themselves out as "specialists."
Lawyers in most jurisdictions are not certified as “specialists” or “experts” in particular fields of law. You are solely responsible for any information, content, or material you transmit to or through the site (“Submissions”). You understand that Submissions are considered non-confidential and non-proprietary. LegalSolved takes no responsibility and assumes no liability for any Submission. Use of this site acknowledges the above.